During the last couple of months I spend a lot of time cutting out paper to create complex stencils. The stencil technique or stencil art is well known because of the graffiti scene (Yes, also Banksy used it and still uses it). It is an easy and fast way to create reproducible patterns of symbols, letters or shapes. The open sections of a stencil are called “islands”. They are the ones “letting the color through” to the surface underneath. “Bridges” are the parts of the stencil that separate the islands.

My idea was it (and still is it) to create abstract stencils / stencil artworks. Because of that I often combine layers of different structures or objects to create an abstract artwork on paper or canvas.

For the following stencil I was inspired by an old road marking in Bonn. By looking at it while waiting at a traffic light I was fascinated by its structure. The weather and tires had left their marks over the time so that a kind of abstract painting has been created on the street. „Some kind of street art“ I thought and took a picture. This picture was the base for the complex stencil. 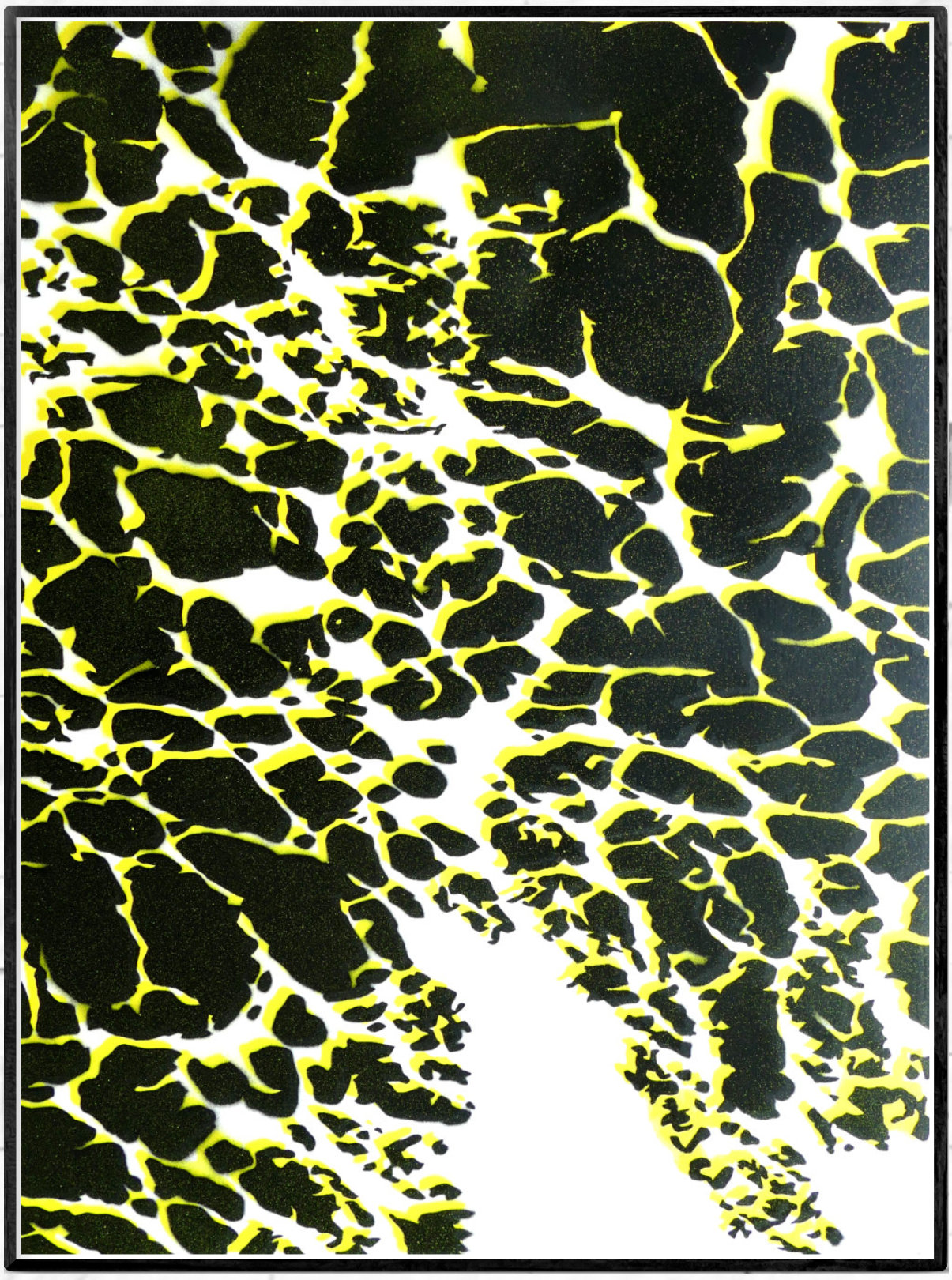 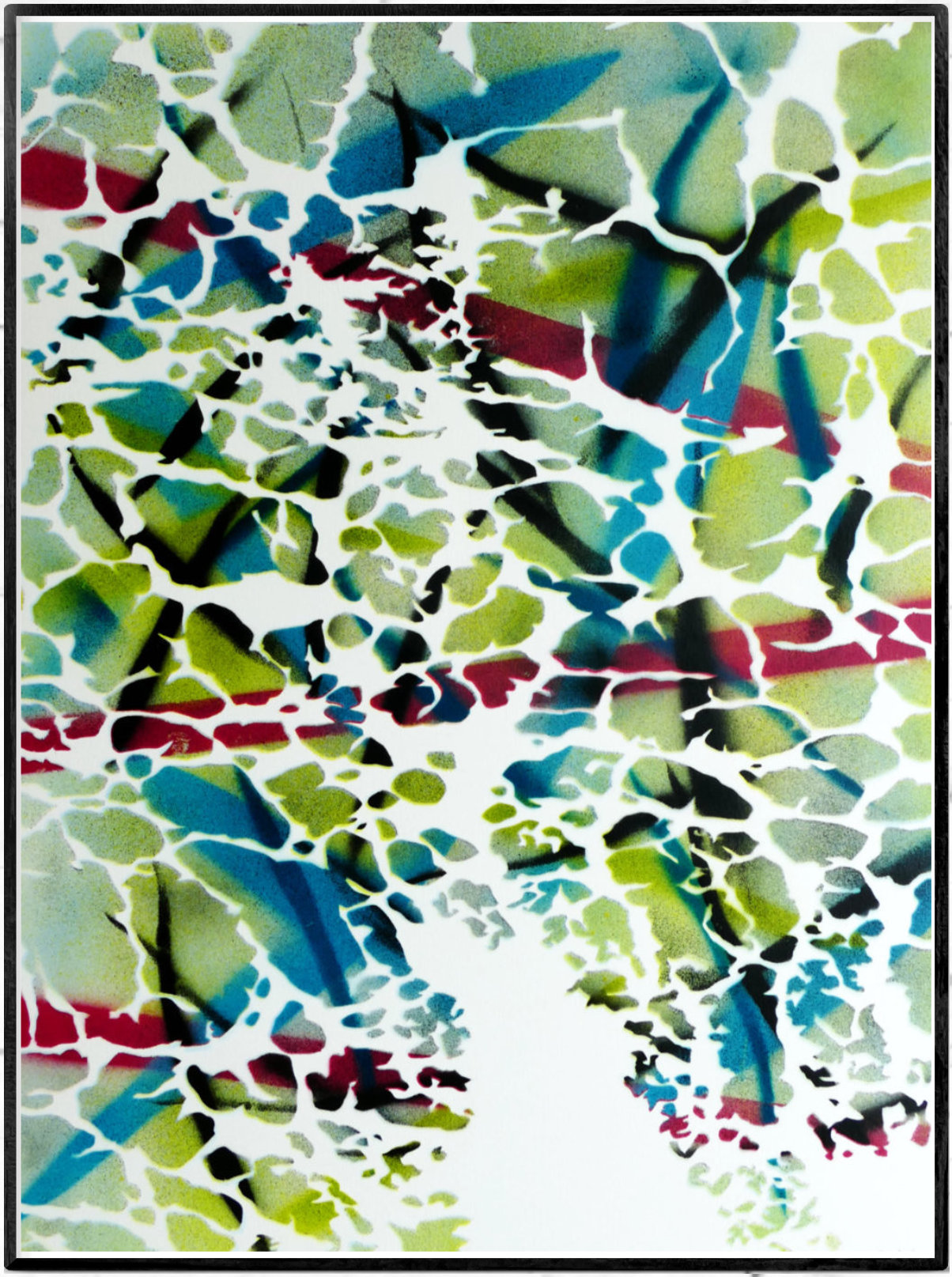 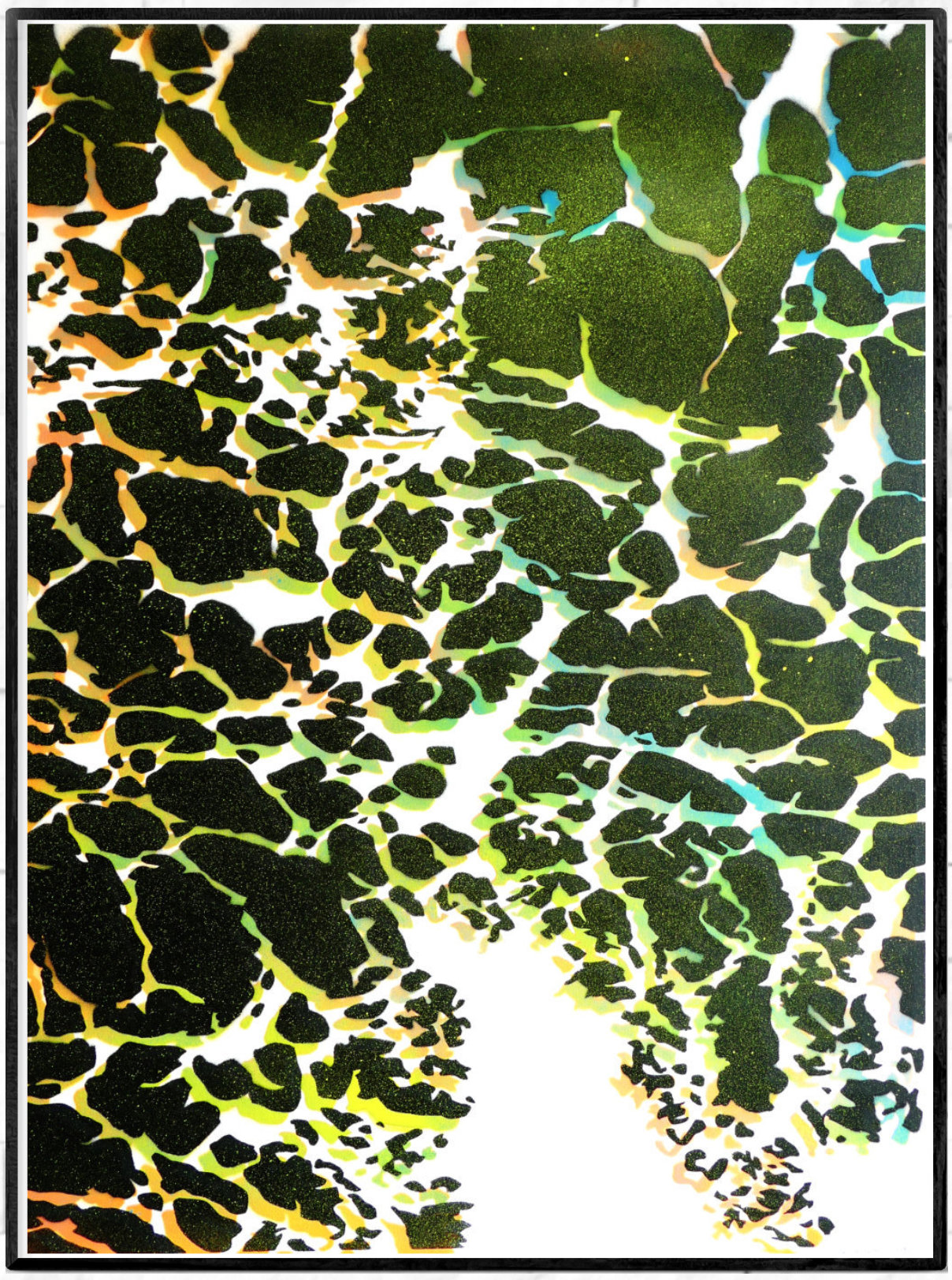 People often ask me how long it takes me to cut out all the pieces and my answer is allways: „I don’t know.“ The thing is that I do it in steps so that it can take weeks or sometimes months untill the whole stencil is finished. And during my own creative processes I prefer not to think about time.